There are ice cream shops and gelato shops all over the Bay Area these days.  Since “gelato” is the Italian word for ice cream, it would make sense that ice cream and gelato are one and the same.  There are differences, however, which you probably noticed when you tried gelato for the first time after eating ice cream most of your life. 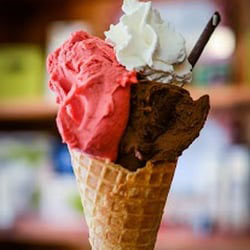 Another difference between the two is that ice cream is churned at a much faster speed than gelato, so ice cream has more air, which makes it lighter in texture.  Gelato is churned at a very slow speed, which allows less air into the base, thus making it denser than American style ice cream. 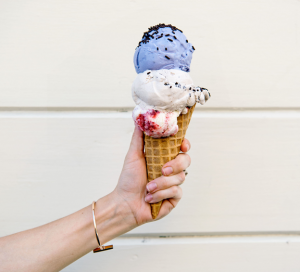 While there are definite differences between the two, they also have a lot in common, and some recipes are so similar that it’s hard to tell whether you’re eating ice cream or gelato.  One thing’s for sure, everyone loves ice cream, whether it’s American style or Italian style!